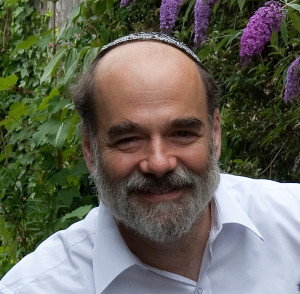 ,
Jonathan Wittenberg was born in Glasgow in 1957, to a family of German Jewish origin with rabbinic ancestors on both sides.

The family moved to London in 1963, where he attended University College School, specialising in classical and modern languages. He further developed his love of literature when reading English at King’s College Cambridge (1976-9). After two years teaching and social work in Israel and England he took a PGCE at Goldsmith’s College, London.

Already deeply involved in Jewish life, he trained for the rabbinate at Leo Baeck College London, receiving ordination in 1987, and continued his studies to gain a further rabbinic qualification from his teacher Dr. Aryeh Strikovsky in Israel.

Since then he has worked as rabbi of the New North London Synagogue and has taken a leading role in the development of the Masorti Movement for traditional non-fundamentalist Judaism in England. In 2008 he was appointed Senior Rabbi of Masorti Judaism in the UK.

From 1993 to 2002 he was closely involved in the North London Hospice, for five and a half years as co-ordinator of its voluntary multi-faith chaplaincy. He is currently a member of the chaplaincy team at Great Ormond Street Children’s Hospital.

He is a President of the Council of Christians and Jews and a member of the Council of Imams and Rabbis. He is a co-founder of Eco-Synagogue and deeply engaged in environmental issues. He is closely involved in supporting refugees. Further interests include pastoral work, hospice care, and literature, especially poetry. He teaches and speaks widely, including on Radio 4’s Prayer for the Day.

His publications include: ‘The Three Pillars of Judaism: A Search for Faith And Values’ (SCM Press, 1996); ‘The Laws of Life: A Guide to Traditional Jewish Practice at Times of Bereavement’ (Masorti Publications 1997) and ‘The Eternal Journey; Meditations on the Jewish Year’ (Joseph’s Bookstore 2001); The Silence of Dark Water: An Inner Journey (2008); Walking with the Light (2013); My Dear Ones: One family and The Final Solution (2016) and most recently Things my dog has taught me – about being a better human. He has also produced a popular children’s book ‘Shmendrick and the Croc’, beautifully illustrated by Barbara Jackson (Masorti Publications 2010)

Jonathan is married to Nicky Solomon; they have three children and a dog. He loves plants, animals, people, and woodland and mountain walks.