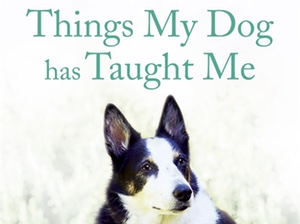 Things My Dog Has Taught Me
About Being A Better Human

A dog’s guide to life – how to be a kinder, compassionate, more mindful and wiser human.

Anyone who has ever fallen hopelessly in love with a dog will know dogs have the capacity to love us back unconditionally, welcome us home with unbridled excitement, forgive us endlessly for our impatience, comfort us when we’re feeling low – and then play games with wholehearted contentment – bringing endless joy to our lives.

Dogs’ sheer zest for embracing life in all its fullness is something we humans can only marvel at. But can our dogs teach us to approach life in this full, technicolour way too? How to love and care for one another with unconditional acceptance; how to be fully present in someone’s company; how to be more mindful of the beauty of the natural world around us; how to comfort each other when we’re grieving or afraid; and, how to let excitement and joy bubble over in our hearts.

Dogs do all these things instinctively and more naturally than their human friends – yet they love us just the same. And in this charming and entertaining story of his beloved canine companion, Jonathan Wittenberg shares with dog lovers everwhere his inability to resist the big, brown-eyed look which says, ‘I’ll melt your heart if you even think of going out without me’, to the security he feels on a twenty-mile trek across the bleak Scottish Highlands with not a soul for a friend but his collie – and everything else he’s learned along the way.

‘A heartfelt and perceptive celebrating the unique bond between human and dog.’
- Reader’s Digest

More info, about the book, and to order 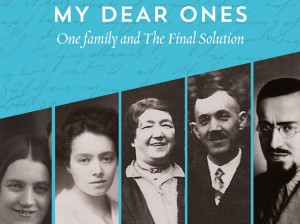 My Dear Ones
One Family and the Final Solution

A family’s story of human tenacity, faith and a race for survival in the face of unspeakable horror and cruelty perpetrated by the Nazi regime against the Jewish people.
Growing up in the safety of England, far away from his family’s past, Jonathan Wittenberg had never asked too many questions about his ancestors, although his father had told him Hitler murdered millions of people and ‘turned thousands of them into bars of soap, including several of your relatives.’

On a burning June day in Jerusalem, Jonathan, now a rabbi, and his family, bury his aunt Steffi in the Jewish cemetery on the Mount of Olives. Afterwards, Jonathan discovers a plain linen bag, nestled for years in a suitcase on her balcony, which delves him into his family history.

Through the war-time correspondence of his great-grandmother Regina, his great aunts and uncles Sophie, Trude and Alfred, Jonathan weaves together the strands of an ancient rabbinical family with the history of Europe during the Second World War.

My Dear Ones takes us on a tumultuous journey throughout Europe and the United States and tells the moving story of a family whose lives hang by a silken thread but whose faith in God remains unshakeable throughout.

‘One of Britain’s greatest religious thinkers – asking the toughest, and most enduring, questions. It’s time Britain got the chance to hear him in his own voice, telling his own story.’
- Jonathan Freedland

‘Moving – at times almost unbearably so – and fascinating.’
- Antonia Fraser

‘A tour de force, and a subject very close to the hearts of so many.’
- Anne Sebba —

More info, about the book, and to order 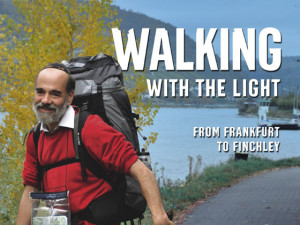 Walking with the Light
From Frankfurt to Finchley

In 2010, with his dog Mitzpah by his side, Rabbi Wittenberg walked from his grandfather’s Frankfurt synagogue to his own, in Finchley, carrying the Ner Tamid – its Eternal Light – to co-shine forever in the newly built synagogue in North London. A film crew covered most of the trip and even Mitzpah wrote a blog, describing his experiences on the epic journey. Colleagues and friends accompanied them for some of the route and their discussions also contributed insights into the spiritual, social and political concerns that occupied the Rabbi’s thoughts as he continued More

to meet many people along the way. Readers of Jonathan Wittenberg’s other books already know the humane, insightful and often profound observations and thoughts that preoccupy him. Walking with the Light: From Frankfurt to Finchley will both delight and stimulate a whole new audience. Few religious writers can combine the humour and incidence of walking across northern Europe with cogent arguments for moral justice, a process perhaps to accept Europe’s horrific past and show why a belief that tolerance and true understanding of the past is the only way to improve the future.

“Armed with a battery-powered new tamid and accompanied by his faithful dog, Mitzpah, who allegedly wrote his own blog on his journey, Rabbi Wittenberg walks from Frankfurt to the Hook of Holland, musing along the way on the history of German Jewry” – Doreen Wachmann, Jewish Telegraph (full article)

More info, about the film, and to order 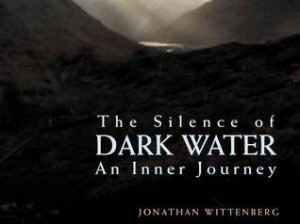 The  Silence of Dark Water
An Inner Journey

“It has been told you what is good, and what God seeks of you: only to do justice, love mercy and walk humbly with your God.” (Micah 6:8)

The problems, responsibilities and, ultimately, the meaning of our lives have long been concerns of philosophers, poets, artists – indeed all thinkers, whether their religion informs their opinion or their disbelief challenges conventional wisdom. Jonathan Wittenberg writes from the Front Line.

More
A busy local rabbi in North London, he shares the human dilemmas, tragedies, and joys which fill the passing days we all share until the inevitable end of our human existence. And in this, his second book of pastoral writings, Wittenberg has chosen to use his own life and experience as the template for a learned, and profound, meditation on just how we may make sense of our lives and those we love. Those readers who know his work or hear him on Radio 4 will already appreciate Rabbi Wittenberg’s gift of communicating at all levels and know of his wide and compassionate knowledge. New readers will have that joy in store.

“The tone is that of a gentle friend, and listening to him makes one want to go away for a few days and reflect seriously on one’s own life.” Richard Harries, The Guardian (full review)

“he links traditional practice with modern thought, a critical approach with a deep love of midrash, profound knowledge of rabbinic sources with a sweeping familiarity with English literature.” Julia Neuberger, The JC (full review) 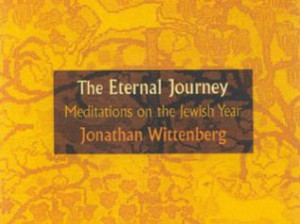 The  Eternal Journey
Meditations on the Jewish Year

A rigorous and compassionate approach to tradition, innovation and change is notable in this searching and lyrical celebration of the Jewish faith.

Though written with obvious pride in his faith, the issues Jonathon Wittenberg addresses affect us all. The result is a poetic, often moving, but above all profound work. This book is a guide to the way people can find meaning and purpose in a life seeking to reconcile the spiritual, the practical and the downright miserable within a tradition which has had a huge impact on Western intellectual thought. More

“The philosopher S. R. Hirsch referred to the calendar as the catechism of the Jews. Jonathan Wittenberg, in his remarkable book, has opened the Jewish calendar without dogma, but with a poetic sensibility that reveals the personal and collective wisdom and life force of an old-new people. This is a book for the heart, mind and soul of every reader.” -Harold M. Schulweis, author of For Those Who Can’t Believe and In God’s Mirror 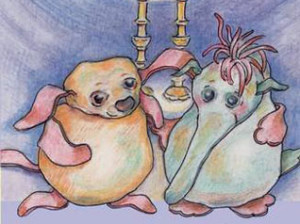 “For years, Rabbi Jonathan Wittenberg has been regaling the children of New North London Synagogue with his tales of Shmendrick the mouse and his friend, Croc.

Now, others can enjoy the antics of the chocolate-loving rodent, with the arrival of Shmendrick and the Croc (Masorti Publications, £5.99), in which our hero takes us though the Jewish year and Jewish life, searching for meaning.

Shmendrick (the original puppet) arrived in a parcel More

from a good friend of Wittenberg’s, while he was living in Jerusalem and, since then, Shmendrick “has always been around”.

The stories came into their own when his children became interested. “It became a Friday-night feature at our table that we’d do a very short Shmendrick incident, either related to a festival or not related to anything in particular.” From there, the adventures of Shmendrick travelled to children attending Gan Alon, NNLS’s nursery. Years later, when the synagogue began sending out weekly emails to the community, its rabbi began to write down the stories.”

(from a review in The JC by Anne Joseph. Full review)

With Healing on Its Wings
Contemplations in Times of Illness

Compiled by Jonathan Wittenberg and other members of NNLS. Illustrated by Barbara Jackson

“But to you who fear my name, the sun of righteousness shall arise with healing on its wings.” (Malachi 3:20)

A booklet of prayers, psalms and images, compiled to give the reader company during periods of illness and recovery, and to lead the reader to his or her own reflections.

the order of the day and week, with prayers for specific situations and psalms at the end. 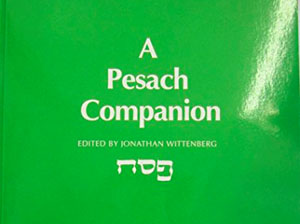 There are far more than four, or forty, questions that people ask about Pesach. This book is a response to some of them, from the practical—“Can I use my pots over Pesach or do I have to douse them in hot water?”—to the spiritual issues raised by the Festival of Freedom. It is intended to be a companion in those awful moments when the slavery of the preparation for Pesach seems overwhelming, and when one feels one will never know enough to lead one’s own seder. 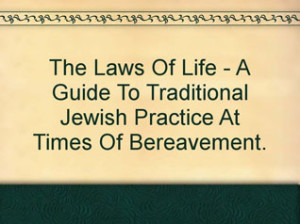